A story on why I don’t lie on my resume, and how I made three interviews very uncomfortable for candidates who did.

My resume is a lot of things – well, it’s only two pages, but I was able to fit a lot on those two pages – but one thing it’s not, is a lie.

Everything on my resume is the complete truth. The good, and the bad.

Yeah, I have some things on my resume that may raise a red flag, or cause a recruiter or hiring manager to question my abilities. But the effects of revealing those negative aspects of my life and being honest about them far outweigh the impacts I would face if I was dishonest, and they were uncovered.

Saying that out loud makes me feel kind of bad, it’s like saying “well, you’re only not doing something bad because you are afraid you will get caught!”

Yeah, I know, morals should stop you from doing something shady, but, this is life. People will do whatever they think they can get away with. Sad, but true.

I mean, I haven’t been arrested or done anything illegal – nothing serious like that. What I’m referring to is, the path I’ve taken with my education can be seen as somewhat “unconventional”. My education came in the form of real-life experiences, mixed with formal education later on, and a diploma in engineering that, to this day, I have yet to use to gain a single penny of income.

The point of this article is to explain why I haven’t, you shouldn’t, and nobody else should lie on their resume.

In 2017 I had the opportunity to bring someone new onto my team. This was an entry level position, so the skill and experience level expected was not astronomical. The basic needs were (1)someone who had a working knowledge of Supply Chain Management, (2)had an interest in the Digital Development of Solutions, and last (3)would fit the culture of the company because it’s important that everyone in our company believes in our core values.

There was one key element to this role that I knew I would ask each candidate about because it was something I felt I wanted the candidate to know coming into the role, without me having to teach them. It was not a deal breaker if I liked someone, but if they knew what I was asking for, I would have been happy.

I wanted the person we hired to have a working knowledge of Microsoft Excel and Access. In particular, how to build Pivot Tables and write vlookups in Excel, and be familiar with how to put together queries and generally just navigate a database in Access.

The above paragraph is extremely important to this story.

I had three people who basically listed “Proficiency with Excel and Access” and one who was “familiar” with each through experience while in school. On paper, I could have dropped D in favor of A, B or C since it seemed like D didn’t have a chance. But things are not always what they seem.

Time came for the interviews. I was meeting everyone in a row. Each for an hour. A, B, C and D; A over the phone, B and C in person, and D via Skype.

With each interview, we got through the immediate normal conversation of an interview – Tell me about yourself, talk about your resume, where do you see yourself in five years, let me fill you in on us, and what we’re looking for – etc. Then came the one question I had for each candidate. The one thing I knew I wanted to ask each candidate, and so I got it out of the way first, just to make sure I got to it:

Can you tell me the formula for a vlookup?

The mood in the room changed. My expression changed from a happy smile, to a serious inquisition. The lights dimmed. The air conditioning became silent. My chair and conference room table grew into a judge’s bench, and the candidate sat shackled to their chair in an orange jumpsuit as if I had just read a guilty verdict. There was no way out, and I was not letting this go. Here’s how our hero’s did:

A began stalling immediately. Since this interview was over the phone, he/she began asking things like “what sort of data would I be doing this for?” and “What is the layout of the data?” I could hear on the other end of the phone he/she was typing into a keyboard, likely googling “how to write a v-look-up”.

I simply said “you have two columns of data, A and B, with A being names and B being ages. Tell me what the formula would be for a vlookup to find the age of a name?”

The response I got was not one I was expecting. A was not googling the question I asked, no…. what A was doing, in my eyes, was much worse. He/She began to explain how to use the “wizard” in Excel to setup a vlookup. You know, this thing:

Needless to say, this saddened me. Although I did smile thinking about the slight chance A was using an old version of Excel and “Clippy” popping up asking “Are you trying to create a…”

“B” did not stand for “Better”

B‘s interview was in person, so this one was a bit more awkward than A. He/She stared at me for about 15 seconds after I finished the question. This was awkward. I had just began thinking to myself “maybe you didn’t hear me?” as if to repeat the question, as a courtesy, and just as I thought this, the answer began.

“Well…. you start with the function bar and type vlookup…”

“OK! We’re getting somewhere! B is going to get this one!” I think to myself.

“Then…. you type the name of the tab where the data can be found…”

“Then…. you highlight the entire data table where the data is….”

“Then you highlight the cell of what you’re looking for, and hit enter.”

Well, at least B didn’t try to explain how to use the wizard, right?

C was fully unaware of what a vlookup was. C spoke as if I was trying to trip him/her up, as if a vlookup wasn’t a real thing, and this was just a test for me to see if they were paying attention.

I believe the words used were “…to the best of my knowledge, there is no such thing as a v-look-up in Excel…”

Now was my turn for an awkward 15 second pause. Except it may have lasted well over a minute. I didn’t know how to come back from this. “This was it, this is how I die” I thought. Death by awkward silence. I looked around the room for hidden cameras as if this was a prank. None existed.

I thought “surely, this person knows what a vlookup is?” as I looked down at the resume to see listed right there under “Skills”, “Proficient in Microsoft Excel”

After painfully listening to each candidate try explain what they thought the formula of a vlookup was, or wasn’t, since we were not all convinced a vlookup was a real thing, I politely ended my questioning, asked if he/she had any questions for me, and finished the interview.

Which Brings us to “D”

In reviewing D‘s info, I knew that he/she had Excel listed, but just as familiarity with doing school work. So my hopes weren’t high that I was going to get an answer that resembled anything like what the formula for a vlookup was.

But that was OK, right?

I mean, I just burned through three people who put “Proficiency with Excel” on their resume, who couldn’t explain to me a basic formula. So literally anything other than D‘s head exploding upon the end of the question, would surely be better than what I just experienced, right?

So my interview with D begins, and this one is over Skype. We get to the dreaded question, and this was D‘s answer:

“I know what a vlookup is, its used to return a value from a cell corresponding from another data set. But I am not sure how to write the formula. It may have been something I only did once or twice when I was in school. Sorry.”

I damn near fell off my seat. I didn’t know how to respond. It threw me off…

I couldn’t explain in words how happy I was to hear an honest response from someone who didn’t try to bullshit me.

I must have written about 500,000 vlookups in my career – and this is not a joke. There was no way to dance around the subject of writing a vlookup with me. You either know it, or you don’t. And I know it, too well.

The interview went on, and D was very honest with me about his/her experience, having just graduated from a masters program. This would be his/her first major job, and we talked about that. I got the feeling he/she was a little discouraged because he/she knew the experience of most people working where I worked. To come in, with no solid career already built – could be intimidating.

Needless to say, A, B and C did not get a call back. They received the generic “We have decided to move forward with other candidates” email. And after long discussions with my management, and my manager at the time seeing I was serious about bringing this person on, we decided to extend an offer to D, where he/she still works today and is doing well.

Throughout this process, trust became more important than anything else. I couldn’t trust the other three candidates. Sure, I was going to have to train and teach D some things I would have liked for him/her to already know – but in the end, I would much rather have known going into the relationship what he/she knew and didn’t know, than having to find out the hard way that the candidate I chose lied – and really wasn’t as qualified as they appeared.

I know the job market sucks. There are too many qualified people, and not enough jobs for them. Good, quality people are struggling to find jobs. Lying on your resume may seem easy to do, harmless, and as if it’s a “white lie”. But the implications of this can be far reaching. The world is not as small as it may seem.

After the interviews ended, feedback was requested for each of the candidates I interviewed, and I had to be honest with HR and let them know that A, B, and C were not qualified, and couldn’t perform a basic skill that was listed on their resumes. This likely went into some HR system where if any of these candidates try to apply for a job at the company again – a red flag will get raised. I guess to some people, the risk is worth the reward, which is why so many people do it, but in the end, you will only hurt your own career.

Be forewarned, resume liars: You can be found out. When you are found out, you’re burning a bridge that was never even built to begin with – and that is just not an easy thing to do, or to overcome. So just be honest – who knows, you might just get the job because of it. 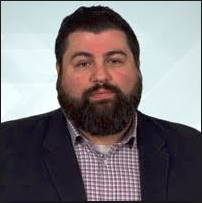 James has extensive knowledge in supply chain processes with a focus in operations and materials management paired with computer programming and data science knowledge to create custom supply chain solutions.

James has an evolving mindset for continuous improvement and leadership in a team environment.

His current focus is on bringing supply chains into the future though the use of digital information systems and new, exciting ways to address supplier relationship management.